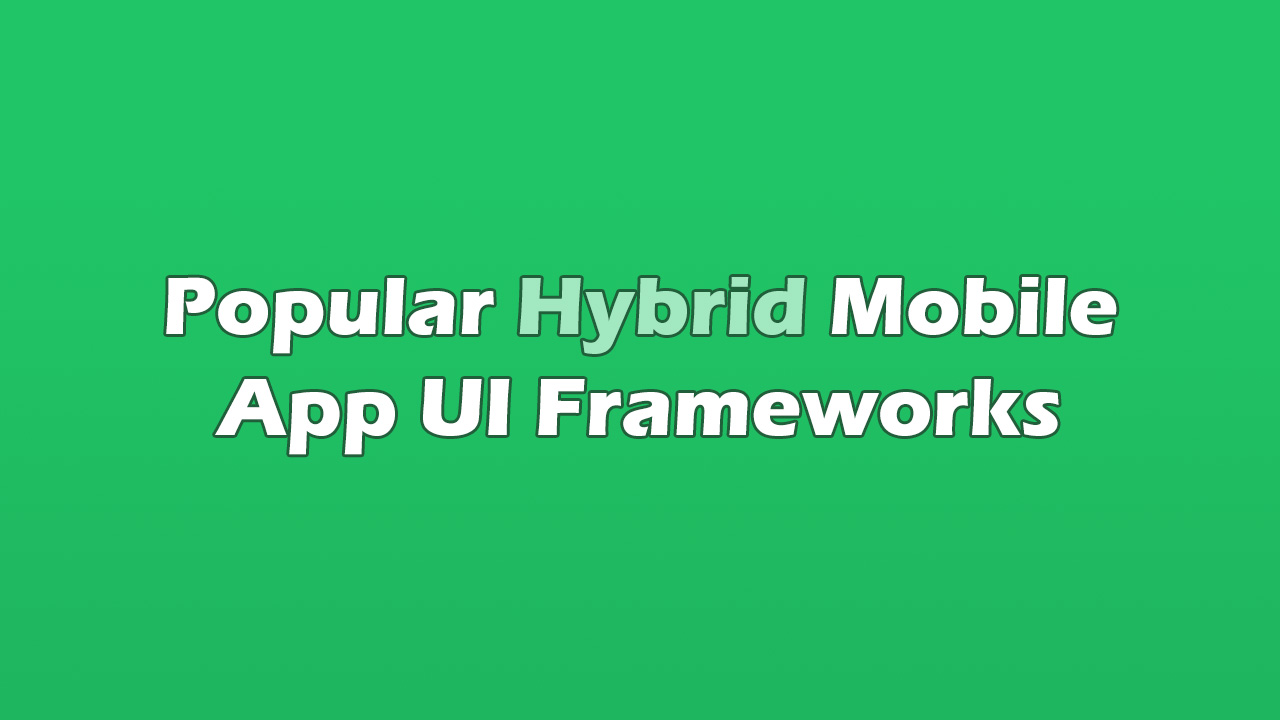 Hybrid Mobile Apps have taken the development scene by storm. Before this,  Developers had to learn native app languages to develop, which at times had an incredibly high learning curve. However with hybrid frameworks, it will make mobile app development faster and easier. Most of the frameworks use JS, besides HTML/CSS.

An application program that has been developed for use on a particular platform or device. Because native apps are written for a specific platform, they can interact with and take advantage of operating system features and other software that is typically installed on that platform.

Native Developers will always prefer to work with native code, but it is always time consuming and require extra effort. With native code, they will have to build the same exact thing for different platforms. Of course, the reliability is at the side of native code but business-wise, it’s not too feasible.

The way to go is always hybrid for proof of concept, when concept has been proved, get another estimate for time and cost to develop the concept in native codes. For deliverance, native app development is needed to ensure stability besides reliability.

Without further a do, let’s take a look at the list :

Ionic has established itself as leader in the hybrid mobile apps development space. The development team keeps the framework updated by adapting to the latest trends, ahead of the competitors.  Ionic is free to use and open source, moreover, its community has grown so huge that you can easily find resources.

Ionic is wrapped by the Angular framework giving it the majority of its hidden superpowers. Ionic also utilises Cordova to go native for iOS, Android, windows phone and other platforms.

Ionic framework is maintainable and scalable, uses clean and easy to read markup. It comes packed with highly mobile-optimised library of CSS (Powered by Sass), HTML and js components. It also features tools and gestures to ensure interactive apps development with ease.

You can read more about Ionic at – ionicframework.

Onsen UI utilises Angular directives and Topcoat framework for most of its UI components.

For jQuery fans, it comes packed with jQuery based components. One can choose not to use Angular in favor of jQuery to build hybrid apps. Onsen UI features a large collection of ready to use components, responsive out of the box. Allows developers to write apps in HTML5 and JavaScript and push through Phonegap & Cordova to go native.

Onsen UI like Ionic is open source and free to use, read more about Onsen UI at – onsen.io.

The main advantage of Framework 7 is that it empowers developers to build iOS apps with just CSS, JavaScript and HTML. Framework 7 is so close to native iOS apps that it even provides features like swipe back, out of the box. There are many other ready to use UI elements that can be used as is without the need to get into JavaScript.

You can read more about Framework 7 at its official website – Framework7.

jQuery mobile focuses on empowering developers to build web/mobile apps that run seamlessly with unique user experience across devices. It doesn’t focus much on providing native look and feel to apps for individual platforms.

You can read more on jQuery Mobile at  – jquerymobile.com.

With Mobile Angular UI, you get best of both Bootstrap 3 and Angular framework to build HTML5 mobile applications. Angular UI is like an extension to Bootstrap 3 but without any dependencies to bootstrap js or jQuery. It utilises fastclick.js and overthrow.js for smooth and better mobile experience.

Mobile Angular UI is available as open source and free to use under MIT license, you can get the source code at github – mobile-angular-ui.

Famo.us/Angular is another powerhouse HTML5 apps development framework and targets to provide near native experience in hybrid apps. The main difference between Famo.us/Angular and other hybrid HTML5 frameworks is that it focuses more on graphics rendering, 2D and 3D and hence is more suitable for games development.

So those are the list of some of the popular mobile app UI frameworks available. Let us know which one you would prefer and why. If you have any other opinion regarding the list , we would love to have a chat with you!