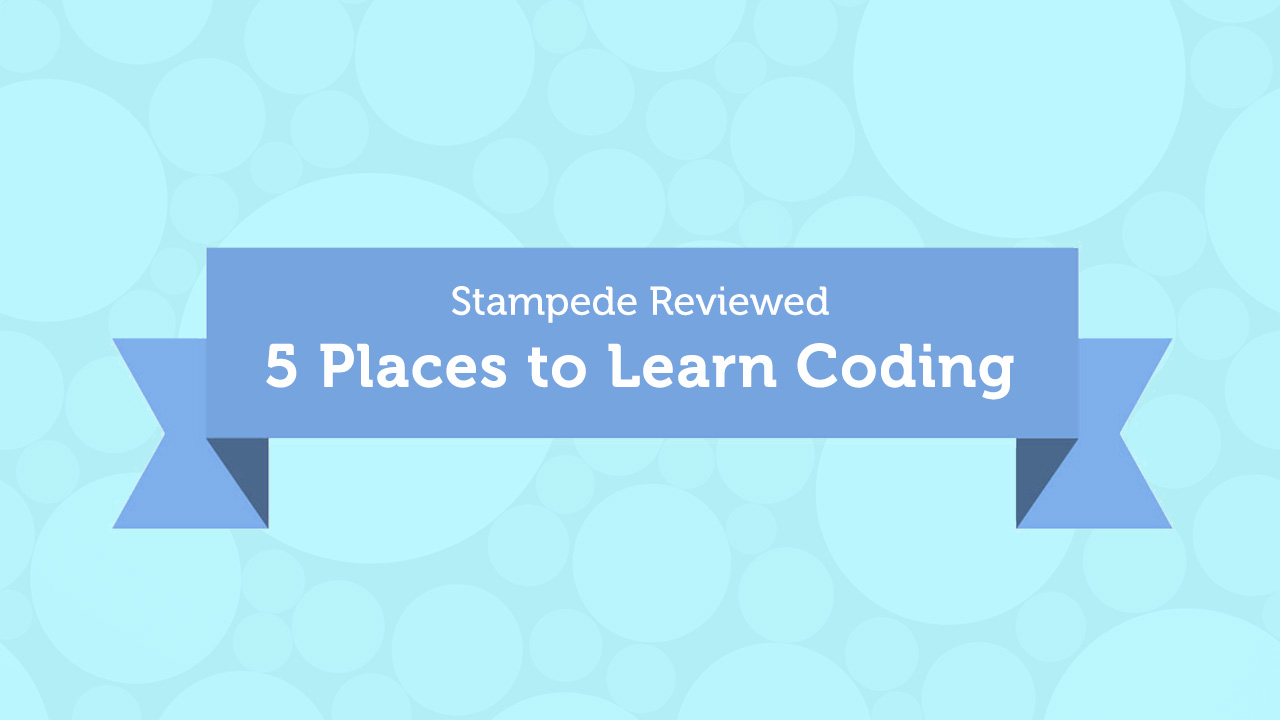 Have you ever wanted to learn to code, or know a graduate who is interested but doesn’t know the correct approach to take? With so many learning options out there, choosing the best place to learn to code can be troublesome.

A bunch of us here at Stampede, thought hard about this and reviewed a number of these learning sites. We’ve compiled a list of some of the best websites that great for learning to code for free.

First up is Khan Academy, which not only covers coding but also a large number of subjects from Math all the way to World History. The coding subjects offered only cover HTML/CSS, JavaScript and SQL, which is enough for a budding web developer to get started.

Content-wise, these subjects lack the depth to learn a language completely but gives a good base to build upon. Perfect for those who are starting out coding. The platform engages the user through the use of videos and challenges. It also keeps track of the user’s progress with ‘energy points‘ and achievements.

Codeacademy as it name states, is a great place to learn coding. The platform offers lessons which are mainly for web development; HTML/CS, JavaScript, jQuery, PHP, Python, and Ruby.

The individual courses are lightweight and delivered via the site’s built-in console and text editor, so that you can do practical work during lessons. Furthermore, these lessons typically follow along a predefined path, grouped by topics to help you get familiar with syntax basics and eventually moving onto functional coding.

While the courses are free, there are a few features that require payment but nothing that will hinder the user from learning the language. Even as a free user, You have the opportunity to join groups and socialize with fellow coders on the website.

Code School is the next on the list. This platform has courses for Ruby, JavaScript, HTML/CSS and Python. In addition, they also cover the basics in iOS development, how to use Git correctly, and some database knowledge.

The tutorial videos shown on this site feature a speaker talking to you directly which makes it feel more friendly and approachable. Also, the videos feature interactive animation which can be fun to watch. The courses are also sorted in paths to making learning more modular, and you can learn blocks of similar courses in one go. The content is straight to the point with no major flaws except that they don’t cover something as common as PHP.

One main thing that sets this platform aside from others is that it is also supported on a mobile app (available for both iOS and Android). Similar to Khan Academy’s energy system, SoloLearn gamifies the experience using XP to track your progress.

The lesson content can go very in-depth in topic and make sure you’re learning not just the necessary but also additional best practices. Also you can’t jump ahead without taking a shortcut test meaning that basics in a language are necessary. One pet peeve about the content is that the videos seem to be recorded in a low quality mic.

Unlike the prior learning platforms listed above, Hackr.io doesn’t have a pretty user interface and features like progress tracking. The website makes up for itself with a large library of coding languages that are contributed by its community, which votes and ranks the best tutorials. While there are some issues with the quality of tutorials being submitted, there are also a number of gems that can be found on the website.

One interesting thing to note is that there is an an app, which pretty much works the same way as the website but snuggling fitting your mobile screen.